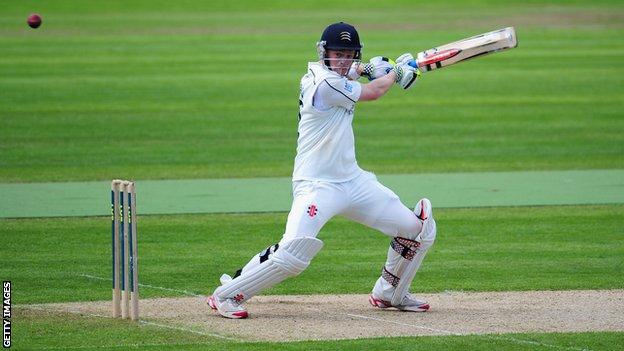 Middlesex opening batsman Sam Robson has signed a new two-year contract with the club, keeping him at Lord's until the end of 2015.

"He is now one of the leading top-order batsmen in Division One."

The way he plays and approaches his cricket is first-class. He has the potential to play international cricket and his progress is something Middlesex are extremely proud of

Robson, who made his first-class debut for Middlesex in 2009, was the third-highest run-scorer in the top flight this year and has been selected to be part of the England performance programme in Australia this winter.

The Sydney-born right-hander has previously represented Australia at Under-19 level and was able to play in county cricket as a non-overseas player because of his British mother.

He qualified to represent England this summer and, despite the possibility of playing internationally for Australia, he says his future lies with England.

Fraser says Rogers' selection by England is "richly deserved" and expects him to be a success in the years to come.

"Sam is a top bloke with a fantastic attitude," he said.

"The way he plays and approaches his cricket is first-class.

"Hopefully he will play a leading role in the club achieving its goal of challenging for and winning trophies.

"He has undoubtedly benefitted from working with Mark Ramprakash and Mark O'Neill [Middlesex's current and former batting coaches].

"He has the potential to play international cricket. His progress is something Middlesex are extremely proud of.