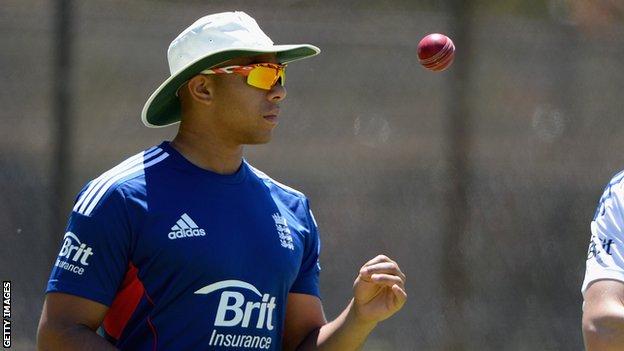 Essex seamer Tymal Mills hopes his time with the England Performance Programme in Australia will enhance his prospects of playing international cricket.

The 21-year-old has also been

"I've been involved in programmes similar to this over the last few years," he told BBC Radio Suffolk.

"A high number of players have gone on to play for England. Hopefully one day I will follow in their footsteps."

Mills, raised in Suffolk, is providing England's batsmen with the chance to face left-arm pace bowling in preparation for the possibility of Australia picking Mitchell Johnson and James Faulkner during the Ashes series.

And having joined the senior squad last week, he senses an opportunity to impress head coach Andy Flower and his staff.

"Since Ryan Sidebottom retired England haven't had a prominent left-armer," said Mills, who regularly bowls at around 90mph.

"It's obviously something they're looking at. Luckily for me, I'm fitting that bill. It's all about working hard and taking opportunities that come my way. It's obviously a great opportunity to do well and give a good account of myself."