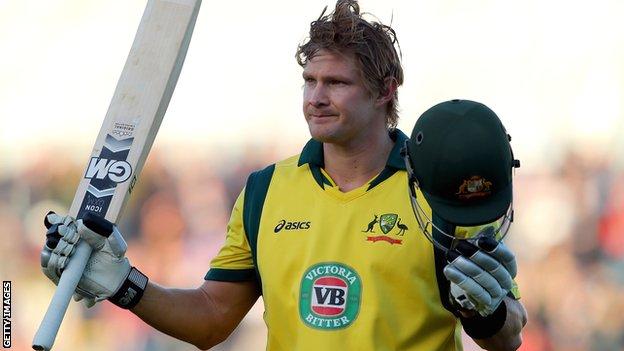 Australia coach Darren Lehmann is hopeful all-rounder Shane Watson will be fit for the first Ashes Test in Brisbane on 21 November.

"The reports are pleasing," said Lehmann. "He is making good progress and responding well to treatment.

"If that continues, we have confidence he will be fit for the first Test."

"We won't be taking any chances with his preparation. We want him to continue his treatment, and if all goes to plan, join the Australian team in camp ahead of the first Test in Brisbane," he added.

Watson has suffered with injuries for much of his career, but has played 46 Tests, 171 one-day internationals and 39 Twenty20 internationals since making his Australia debut in 2002.

He missed the entire 2006-07 Ashes series with hamstring trouble but played in all five matches in England this year, scoring 418 runs at an average of 41.80 and taking two wickets at a cost of 89.50 apiece.

Although he was moved up and down the batting order during that series, he remains a key player - and his potential absence could complicate Australia's selection issues because of his all-round value to the side. Australia are due to name their squad on Tuesday.