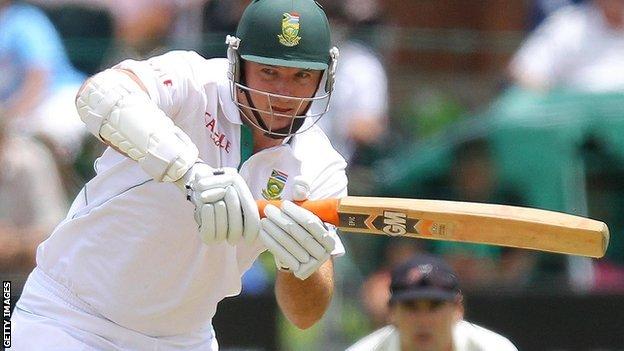 South Africa Test captain Graeme Smith has been withdrawn from their one-day internationals against Pakistan because of post-concussion syndrome.

Smith received a blow to the head in the second Test between the two countries in Dubai last month and although he has since played in two successive ODIs, he has complained of feeling dizzy.

"We took him for an MRI scan on Tuesday which showed no injury to the brain but it is prudent to withdraw him," said team manager Mohammed Moosajee.

Smith was struck on the head by a bouncer from Pakistan opening bowler Mohammad Irfan on his way to a double century in the Test, which South Africa won to level the two-match series in the UAE.

"He had a slight headache after that but seven days, post-injury, he started complaining of blurred vision which progressed to dizziness, unsteadiness on his feet and difficulty focusing," Moosajee added.

Smith signed a three-year contract to captain Surrey at the start of the 2013 season, but an ankle injury meant he only played four matches for the county.

He will return to South Africa on Thursday and will be replaced in the squad for the last two ODIs by Henry Davids.

The issue of concussion has been thrown into the spotlight in recent weeks after Premier League side Tottenham were described as "irresponsible" for allowing goalkeeper Hugo Lloris to play on against Everton after losing consciousness in their match on 4 November.