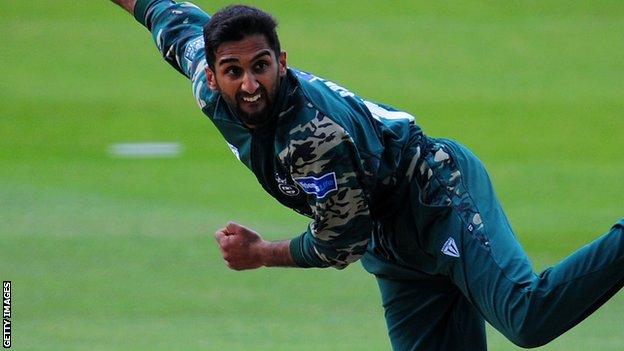 Left-arm spinner Shaaiq Choudhry has signed a new one-year contract with Worcestershire for the 2014 season.

The 28-year-old played in all 10 of the county's FLt20 fixtures this summer, taking four wickets and finishing as his side's most economical bowler.

"My main aim is to cement a regular spot in the first XI and build upon my performances from the 2013 season," said Choudhry.

Director of cricket Steve Rhodes added: "Shaaiq has proven himself to be a very useful member of the playing staff with his all-round abilities. We look forward to his contributions in 2014."

Choudhry joined Worcestershire in 2010 following a trial, hitting 63 on his County Championship debut against Sussex.