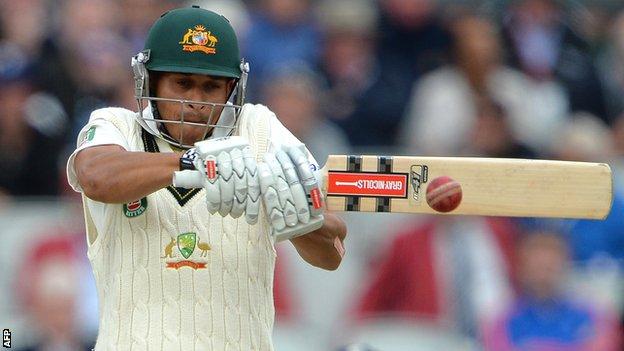 Australia Test batsmen Phil Hughes and Usman Khawaja have been left out of the Australian Invitational XI to face England in Sydney on Wednesday.

Both were originally named to face the tourists in the final warm-up before the first Ashes Test on 21 November.

However, they will now play for their state teams in the Sheffield Shield.

Ed Cowan, dropped during last summer's Ashes, will open with Aaron Finch, who smashed a Twenty20 record 156 off just 63 balls against England in August.