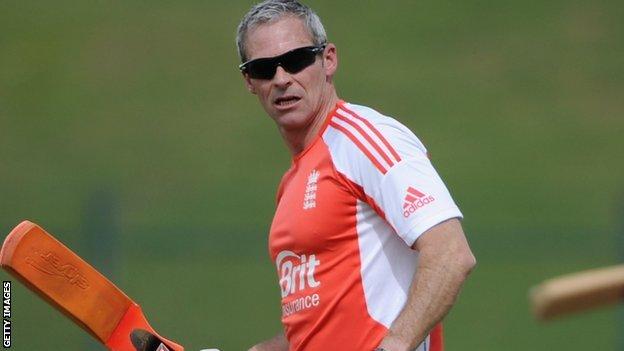 David Houghton, formerly of Derbyshire, has been brought in as batting coach and will assist director of cricket Dave Nosworthy, while academy coach Jason Kerr will focus on bowling.

After eight years in his previous role, Hurry has moved to become director of high performance.

"It's two great signings for the club," he told BBC Somerset.

"It's so positive to have two quality and experienced coaches coming in to support Dave at the top.

"They're great attributes for the players to have. It's something the players have been crying out for for a number of years."

The additions to the backroom staff come after a disappointing season in the County Championship.

In Nosworthy's first term in charge, their Division One status was only secured on the penultimate day of the campaign and they finished sixth in standings, with three wins from a possible 16.

Hurry insists the change to his role was always planned, and will further enhance the development of young players for future seasons.

"I did expect it to happen. I have ambitions at this club to go even further," he added.

"I've been working with the first team since 2001, so it's a bit of a shock to the system not being involved with them.

"But I see it as an opportunity for me, selfishly, to develop areas and experiences that can help me go even further in the management structure of the club.

"The youngsters have been fantastically looked after by Jason and it's great to see them come through. Their motivation and enthusiasm to be first-class cricketers really excites me."