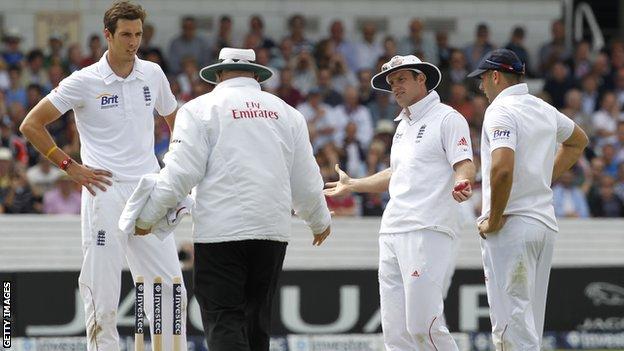 A bowler who breaks the stumps in their delivery stride will have bowled a no-ball under a new rule being applied to English domestic cricket next season.

Previously, a dead-ball was called when the bails at the non-striker's end were knocked off by a bowler.

The rule was changed from October 1 by Marylebone Cricket Club, which writes the laws of the game, after England's Steven Finn was repeatedly affected.

It was applied to internationals by the International Cricket Council in April.

Other changes being adopted by the England & Wales Cricket Board from 2014 include: