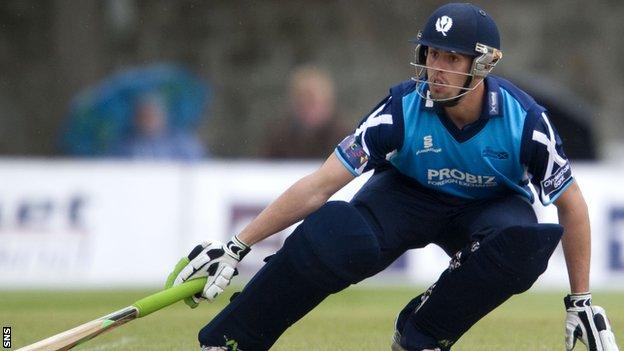 Batting first after they won the toss in Sharjah, Bermuda made 149-7 from their 20 overs.

Despite captain Kyle Coetzer top-scoring with 37, Scotland were all out for 131. Richie Berrington (29) and Rob Taylor (26) were the only other batsmen to make double figures.

Scotland's next game, also in Sharjah, is against Afghanistan on Saturday.

Six of the 16 teams in the Qualifier, held across the United Arab Emirates, will progress to next year's tournament proper in Bangladesh.

The Scots, who warmed up for the tournament by defeating the United States and Namibia, will play seven qualifiers.

Paul Collingwood, captain of England's 2010 World Twenty20 winning side, has joined Scotland as a temporary assistant coach for the event and will stay on for the 2015 Cricket World Cup qualifier in New Zealand in January.