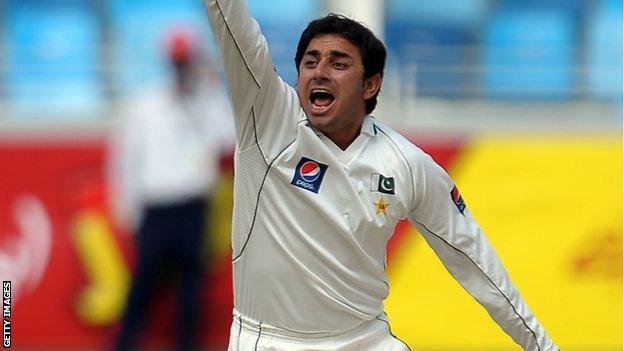 The 36-year-old, the current top-ranked one-day international bowler, last played for the county in 2011.

Ajmal, who had a spell with Hampshire last season, said: "I'm looking forward to returning to New Road for what I hope will be an extended stay.

"I hope to be able to contribute to a successful 2014 campaign."

He played three Championship matches for Worcestershire two years ago, picking up 17 wickets.

The spinner also took 16 wickets in eight Twenty20 appearances, including a triple-wicket maiden against Northants to finish with career-best T20 figures of 4-14.

Director of cricket Steve Rhodes added: "Saeed fitted into the dressing room fantastically well in 2011 and his experience at the highest level can only be a massive boost to our young squad.

"To sign a world-class player of Saeed's quality shows the stature the club has in the world of cricket and demonstrates the county's determination to challenge for honours in 2014."