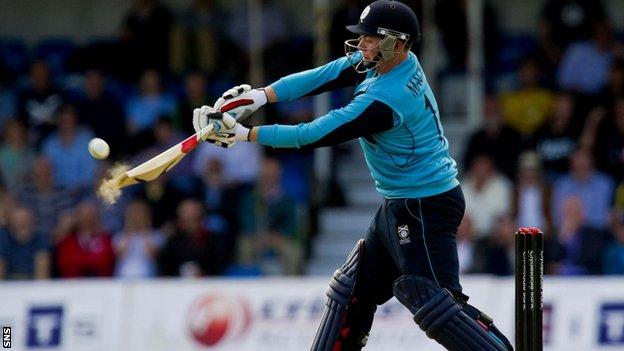 Mohammad Shahzad and Mohammad Nabi, with 42 and 46 respectively, helped Afghanistan to a total of 171-6.

Having on Friday, Scotland will aim to get their first win against Nepal in Dubai on Monday.

And the Scots will also play Kenya, Papua New Guinea, the Netherlands and Denmark in the United Arab Emirates in pursuit of a place at next year's World Twenty20 tournament in Bangladesh.

But after a promising start that included 19 from Richie Berrington and fifties by MacLeod and Machan, the next five batsmen - captain Kyle Coetzer, Rob Taylor, Safyaan Sharif, Goudie and David Murphy - amassed only 25 between them.