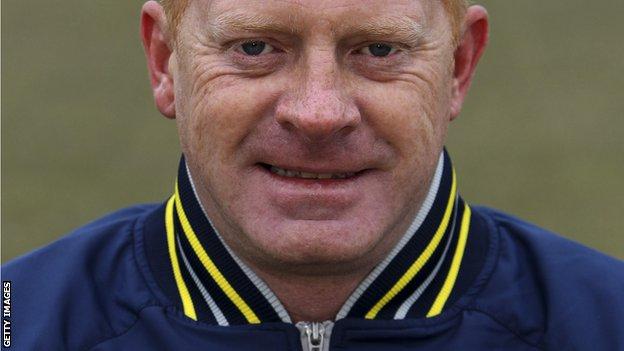 Derbyshire have named Graeme Welch as their new elite cricket performance director on a three-year contract.

The 41-year-old returns to the club where he finished his playing career, having previously filled coaching roles at Essex and Warwickshire.

The buck stops with Graham in terms of the on-field performance. He will be fully accountable, as well as driving some of the more strategic discussions around where we spend our money

His appointment follows Derbyshire's decision to revamp their management set-up, leading to the departure of former head coach Karl Krikken.

"I completely buy into their vision and share the desire for success," he said.

"Graeme has fantastic credentials as a coach and also an impressive CV as a county player," Storey added. "And having played at Derbyshire for a large part of his career, he brings a sense of pride and an understanding as to what it is we need to bring success to the club.

"Ultimately, as we were looking at the candidates - and we had a terrific array of talent to choose from - Graeme has shone through.

"He is a fantastic developer of players and he has a fantastic track record at Warwickshire and he promises to lead us into the new era at Derbyshire."

Storey also reiterated the fact that Welch's role effectively sees him take over from Krikken - albeit with a different title.

"The buck stops with Graeme in terms of the on-field performance," Storey said. "He will be fully accountable, as well as driving some of the more strategic discussions around where we spend our money."