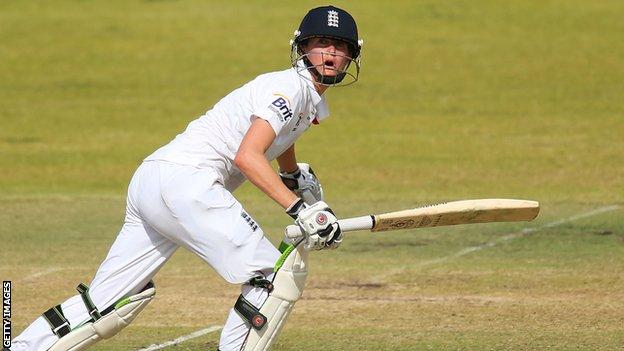 England's Lydia Greenway says they are ready for an Australia backlash as they prepare to defend the Women's Ashes.

The series gets under way with a one-off Test in Perth starting on Friday.

"I think the Aussies will come at us just as hard, if not harder, as they did during the summer," 28-year-old Greenway told BBC Radio Kent.

"I think it is something they will do, especially on home turf. As a squad that is something we are very mindful of and preparing ourselves for."

In last summer's inaugural multi-format series in England, the two sides drew the sole Test, before Australia won the first 50-over one-day international.

However, England then won the two remaining ODIs and the first two of three Twenty20 internationals to regain the Women's Ashes, eventually triumphing by a 12 points to four margin.

"We know how it felt when we had the crowd behind us and it does give you that extra boost," Farnborough-born Greenway said.

The return series starts at the Waca, with the four-day Test followed by three one-day internationals and three Twenty20 games.

Six points are awarded for winning the Test and two points for each ODI and T20 victory.

Greenway says the change in format has given fresh impetus to the rivalry between the two sides.

"It's the challenge that you want as an international cricketer. It is a very intense tour and I think if things don't go your way you have to be able to turn them around quickly and try to get the momentum back with you," she said.

"As we saw in the summer just gone, we captured the public's imagination a bit and hopefully we can do that again out here in Australia."

England began their current tour by drawing their two-day warm-up match with Australia A earlier this week, with Heather Knight scoring an unbeaten 123 and Greenway weighing in with 76.

"We are a close unit out here. If we stick together and work hard as a team and a squad then we will give ourselves the best possible chance."