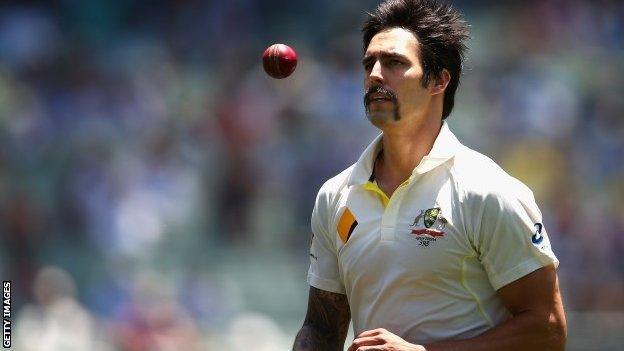 Australian fast bowler Mitchell Johnson will be rested for the first one-day international against England in Melbourne on Sunday.

Coach Darren Lehmann wants to rotate his team for the five-match ODI series ahead of the tour of South Africa.

Johnson, 32, tormented England with his pace and bounce, picking up 37 wickets as Australia secured a 5-0 Ashes win.

Lehmann said: "It's obviously been a big summer for him [Johnson] so we're just giving him a short little break."

However, Lehmann added that Johnson would return for the second ODI in Brisbane on 17 January.

"We want to make sure he's fresh for the other one-dayers," he said. "He'll play in Brisbane, definitely. It's one of his home towns so he'll play there."

Lehmann has ruled out the possibility of resting several first-choice players as he continues to build a team ahead of the home World Cup, which begins in February 2015.

"We don't want to go down the path we have previously done where we've rested clumps of players," he said.

"This one-day format is very important for us and it gives some guys who we think are going to get to the World Cup an opportunity.

"We want to pick and choose when we rest players. We want them to play in their home state and make sure we put together a good squad looking ahead to the World Cup."