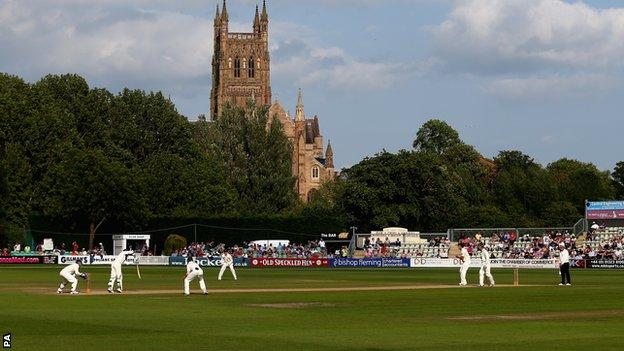 Worcestershire will co-host England Lions at New Road this summer in a triangular tournament also involving matches at Taunton and Bristol.

New Zealand 'A' and Sri Lanka 'A' will also take part in the week-long six-match Triangular One-Day series.

Taunton will stage the first two matches on 5 and 6 August, followed by games at Bristol on 8 and 9 August.

Worcester will then be the stage for the final two of the Lions' four matches on 11 and 12 August.

Sri Lanka 'A' will also take on the Unicorns, Durham, Yorkshire, Glamorgan and Hampshire as part of their tour, while New Zealand 'A' will have fixtures against four counties, Northamptonshire, Warwickshire, Kent and Surrey, as part of their programme.

Worcestershire, one of the three counties chosen to host games against the touring Australians last summer, have staged an international fixture against Sri Lanka 'A' at New Road before - in 2006.