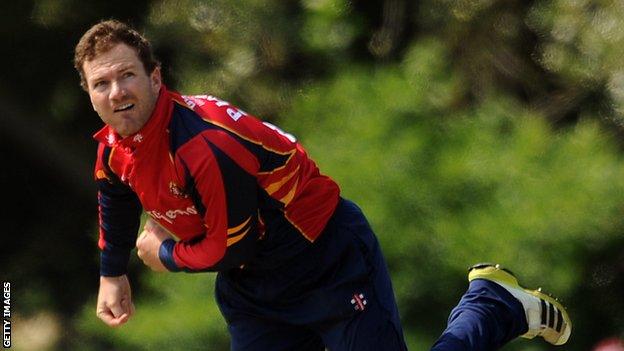 Essex spinner Tim Phillips will continue at the club for a 15th season after signing a one-year deal.

The 32-year-old first played for the Chelmsford side in 1999 and has 128 first-class career wickets.

He was mainly used in one-day cricket in 2013, taking nine wickets in the YB40 and five in the FLt20.

"I'm looking ahead to next year and having a good pre-season, which I can take into the new campaign," said the left-arm bowler.

Essex head coach Paul Grayson added: "We are pleased that Tim has signed a new contract with the club and he has shown the last few seasons how important he is in one-day cricket for us and as our specialist spin bowler, so I hope he continues this form going in to the 2014 season."