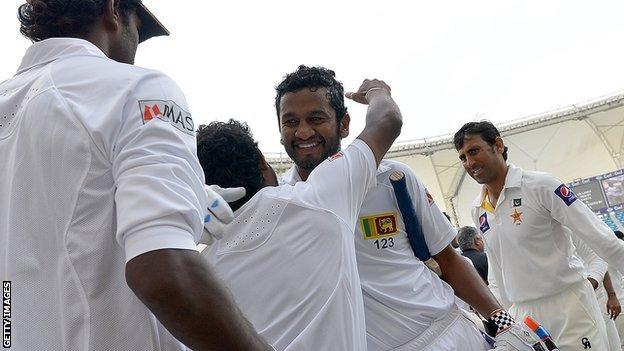 Sri Lanka won the second Test against Pakistan by nine wickets to take a 1-0 lead in the three-match series.

Dimuth Karunaratne made 62 not out and fellow opener Kaushal Silva 58 as they reached their target of 137 in Dubai for the loss of just one wicket.

Suranga Lakmal had earlier taken three wickets in the morning session of the final day as the home side made 359 in their second innings.

The third and final Test, in Sharjah, begins on Thursday, 16 January.