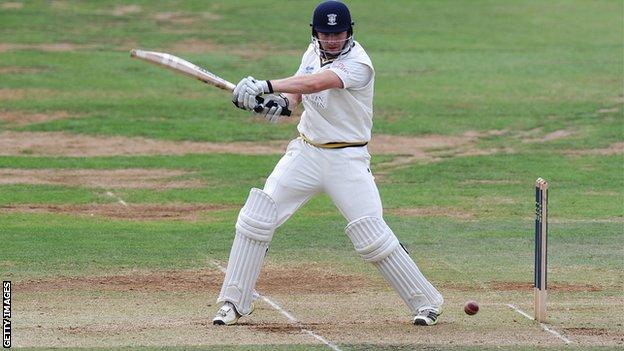 Durham opening batsman Mark Stoneman has signed a year's extension to his contract, keeping him with the club until the end of the 2016 season.

The Newcastle-born 26-year-old has a one-day average of 40 for Durham, with whom he has spent his whole career.

A Durham statement said he was now "a senior player at the club" and had been a "vital cog" in last summer's success.