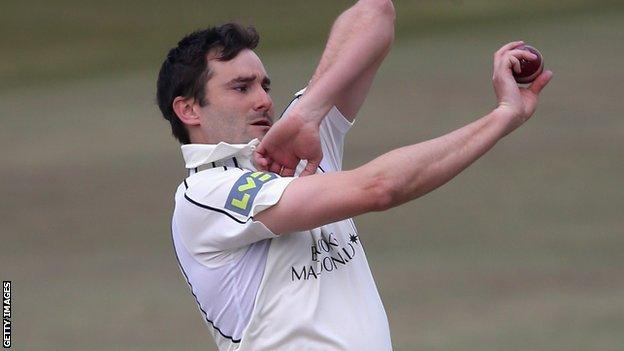 Middlesex seamer Tim Murtagh has signed a new three-year deal with the club.

"Tim has been a pivotal figure in the progress made in the past three seasons and we believe he still has plenty to offer," said Middlesex managing director of cricket Angus Fraser.

"Tim may not be the quickest bowler in county cricket but he is as skilful and competitive as any bowler around."

Murtagh has taken 487 first-class wickets at an average of 26.94 during his career and 283 in limited-overs cricket.

Although born in London, he was granted Irish citizenship in 2012 and has so far appeared in eight one-day internationals and three Twenty20 games.

"He is selfless and there is not a day when he gives the team anything less than 100%," added Fraser.

"It is not only Tim's contributions on the pitch that make him such a valuable player. He sets the right example and plays the game the right way - hard but fair - and enjoys what he does."

Murtagh's new deal will keep him at Lord's until the end of the 2016 season.