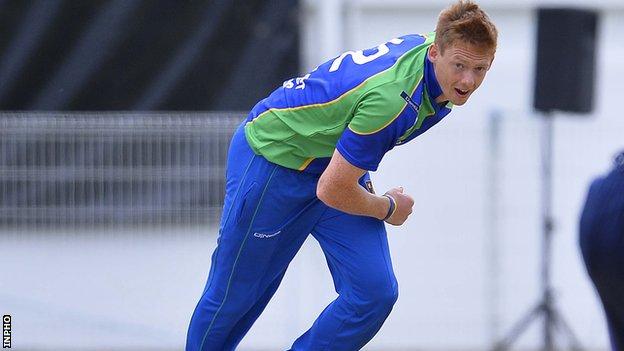 Bready bowler Craig Young has won a place in Ireland's squad for the Caribbean tour in January and February.

Young made an impressive international debut in the Intercontinental Cup win over Scotland in September.

Clontarf batsman Andrew Poynter has been recalled for the tour, during which Ireland will compete in the West Indies Super50 competition.

That will be followed by two Twenty20 games and a one-day international against the West Indies.

Sussex captain Ed Joyce is to be rested for the West Indies domestic 50-over competition but will join up with the squad for the three internationals against the West Indies, all of which will be at Sabina Park, in Kingston, Jamaica.

Poynter won the last of his 44 caps against South Africa A in 2012.

Donemana all-rounder Andrew McBrine has been given the nod ahead of Andrew White, who will have to wait for the chance to become Ireland's most capped player - he is currently level with Kyle McCallan on 226.

All Ireland's games in the Super50 will take place at the Queen's Park Oval in Trinidad, with Guyana their first opponents on 31 January.

Their second fixture is against the Windward Islands on 3 February, while their group stage concludes against Jamaica on 8 February.

The semi-finals take place on 12 and 13 February, with the final on 15 February.