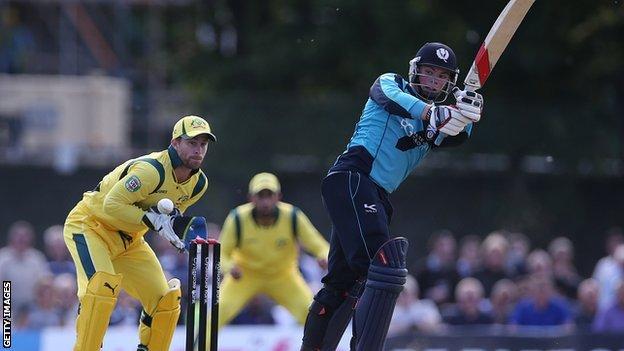 Calum MacLeod hit a century as Scotland beat the United Arab Emirates by 53 runs in their ICC World Cup Group A qualifier in Queenstown, New Zealand.

It was Scotland's second win in three matches after beating Nepal and seals their Super Six place before Thursday's final group match against Canada.

They are level on points with UAE, who remain second on net run rate.

The top three in the two groups qualify for the Super Six.