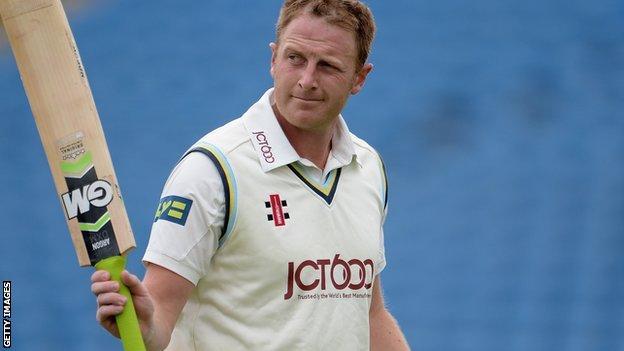 Yorkshire captain Andrew Gale has extended his contract with the club until 2016.

The 30-year-old batsman has scored over 6,000 runs in 111 first-class matches for the Headingley side since making his debut in 2004.

He became the county's youngest-ever professional captain when he was appointed to the role in 2009.

"Playing cricket for Yorkshire has never been a job to me, but a passion," he told the club website.

"I could never see myself playing for anyone else.

"I'm now entering my 12th year as a professional at the club and my fifth year as captain. Although I'm not looking at finishing anytime soon, I want to finish my career at Yorkshire.

"I feel over the last few years the club has made some huge strides forward.

"We have an excellent structure throughout the club with some great people working very hard behind the scenes."