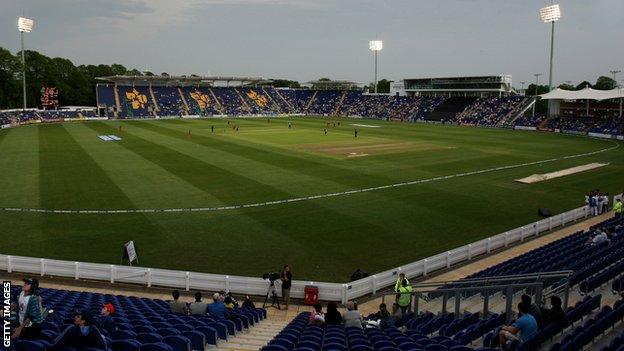 Glamorgan Cricket has announced a joint bid to host the headquarters of the International Cricket Council at the Swalec Stadium from 2015.

If successful, the club's joint bid with the Welsh Government and Cardiff Council, would see the ICC's administrative base in Cardiff.

Discussions are said to be at a "very early stage and ongoing."

A Welsh Government spokesman said: "At this stage any details would remain commercial in confidence."

The International Cricket Council is currently based in Dubai since it left Lords in 2005.

The Cardiff bid faces competition to host it from rival applications based in Colombo in Sri Lanka and Singapore.