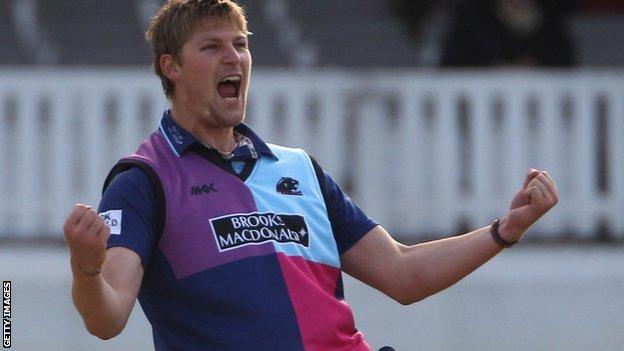 Middlesex off-spin bowler Ollie Rayner has been rewarded for his good form with a call-up to the England Lions squad for their tour of Sri Lanka.

The 28-year-old, who enjoyed a successful season with Middlesex in 2013, has replaced Simon Kerrigan.

Lancashire spinner Kerrigan sustained a back injury during a pre-tour preparation camp earlier this month.

His fitness will be monitored over the next week to establish when he can join up with the squad later in the tour.

"We remain hopeful that he will be able to join up with the tour party later in the tour following an assessment from the medical staff at Old Trafford next week."

England are due to arrive on 27 January and will play two three-day matches in Colombo against a Sri Lanka A Team Emerging Players XI.

The squad will then play three four-day matches against Sri Lanka A in Kandy, Dambulla and Colombo.