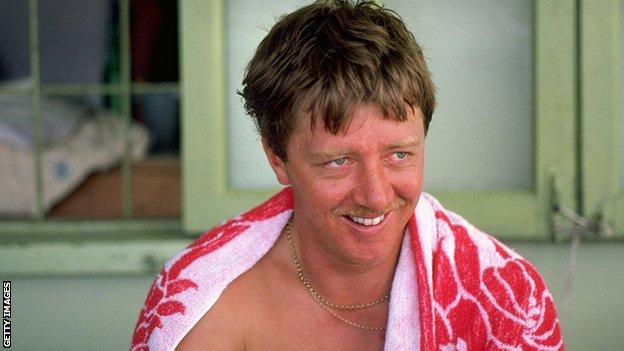 Stevenson had endured ill-health in recent years and died in hospital after suffering a severe stroke over three months ago.

His Test caps came against India in Mumbai 1980, when England won by 10 wickets, and in a draw against West Indies in Antigua the following year, when Gordon Greenidge and Clive Lloyd were among his victims.

His most important contributions for Yorkshire were generally with the ball, taking 8-65 in the Roses match against Lancashire at Headingley in 1978 which the White Rose county won by an innings and 32 runs.

He also produced match figures of 8-118 in the return match at Old Trafford later that summer as Yorkshire completed a seasonal double by 10 wickets, but his best bowling performance came against Northamptonshire two years later, when he took a career-best 8-57 against a county which he was to join for his final first-class season in 1987.

In 1982, he set a new 10th-wicket record for Yorkshire as he and Geoff Boycott shared a stand of 149 against Warwickshire at Edgbaston, with Stevenson thrashing 115 not out - at the time the highest unbeaten score ever recorded by a number 11 batsman.

He also played a total of 216 limited-overs games for Yorkshire, capturing 290 wickets and scoring 1,699 runs.