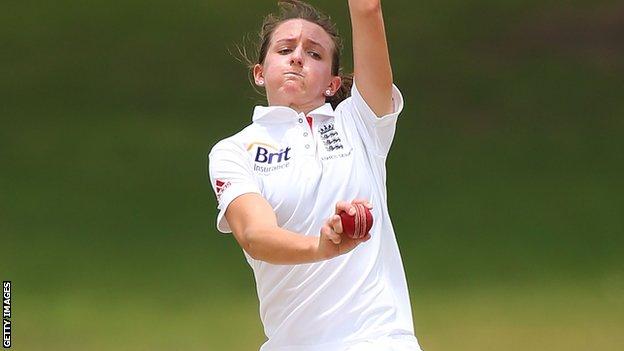 Lancashire bowler Kate Cross will remain with the England women's squad for the remainder of the Ashes series.

The 22-year-old seamer was originally selected for the solitary Test and three one-day internationals against Australia.

But she has been drafted in for the three Twenty20s as a replacement for fast bowler Katherine Brunt, who is returning home with a back injury.

Cross returned match figures of 6-70 on her Test debut in Perth.

England, who won the Test and the first ODI, lost the second ODI on Thursday but need to win only one of the last four games in the 50-over and 20-over formats to regain the Ashes.