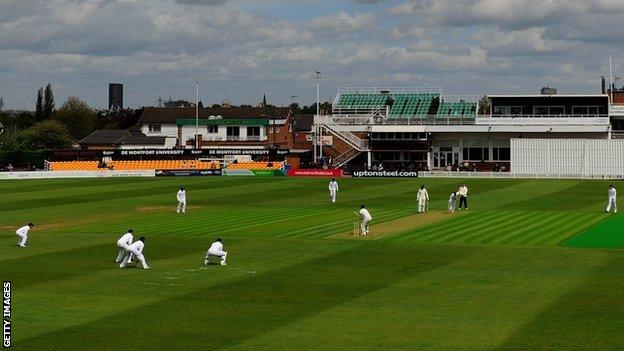 Leicestershire chief executive Mike Siddall has confirmed the club have made financial losses for the second successive year.

"We are about to announce a five-figure loss shortly, in the next two or three weeks, for the year to September 2013."

While Siddall hopes that changes to the County Championship schedule for the new season - which include beginning the majority of matches on a Sunday - will trigger a financial boost, he admits the state of their home ground does not help their situation.

Last year plans for an arena to be built at Grace Road, which would be a permanent home for the city's basketball team, went on public display

But the plans look likely to fall through following a review of other sites.

"We have a relatively old ground which needs a lot of money spending on it in repairs and renovations," Siddall said.

"Players' salaries go up all the time and we need to invest in the team. I know it sounds a bit simple, but our costs exceed our income."