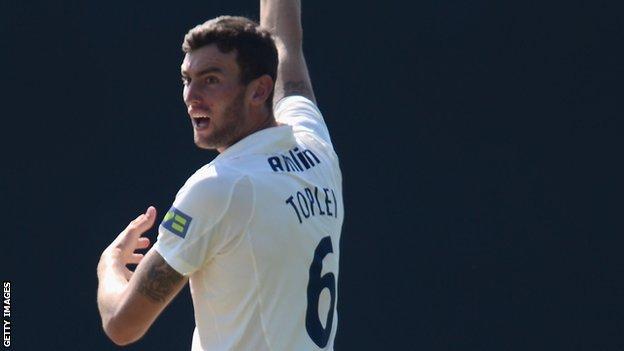 Essex paceman Reece Topley has ruled himself out of the England Lions tour to Sri Lanka to concentrate on being fit for the start of the county season.

The 19-year-old returned from England performance squad duty in Australia in December with a back injury.

The left-armer has now set his sights on being ready for Essex's Division Two opener against Derbyshire on 13 April.

Club physiotherapist Chris Clarke-Irons said: "We hope he will be fully fit for the start of the 2014 season."

Topley took 48 first-class wickets last season at an average of 28.41.

"I'm obviously disappointed to be injured, but with the injury coming during the winter months it gives me enough time to prepare myself for the start of the season," he said.