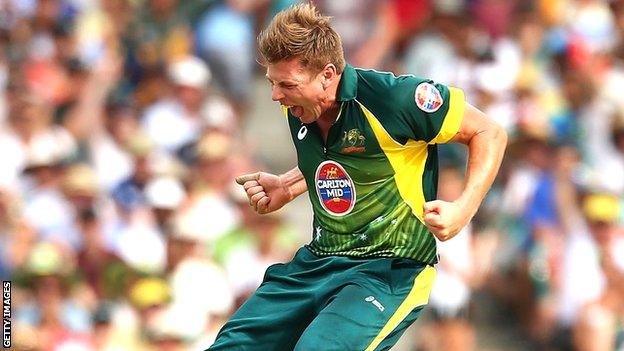 Australia bowler James Faulkner will miss the three-match Twenty20 series against England with a knee injury.

The 23-year-old quick will undergo surgery which also rules him out of the upcoming Test series in South Africa.

Faulkner took two wickets in the final one-day international against England on Sunday, which Australia won by five runs.

"We are hopeful he will recover in time to take part in the ICC World Twenty20 in March," said Cricket Australia.

Faulkner has been replaced by fellow seamer Kane Richardson in the Twenty20 squad, while all-rounder Moises Henriques takes his place in the party travelling to South Africa.