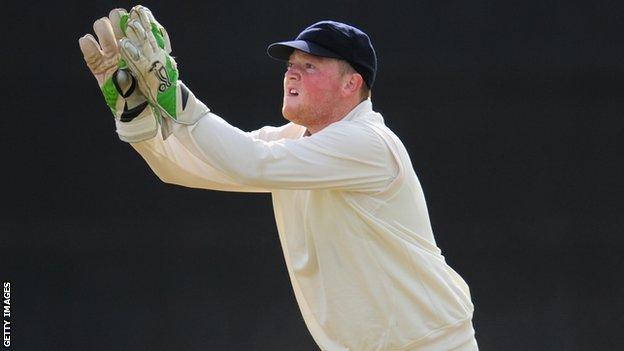 County champions Durham have confirmed the signing of Ireland wicketkeeper Stuart Poynter on a two-year contract.

The 23-year-old has played first-class cricket for Middlesex and Warwickshire and took six catches as the latter beat Derbyshire at the end of last season.

He also played some games for Durham's second XI in 2013 after scoring 172 against them for MCC Young cricketers.

Poynter has played one-day cricket for Ireland, but only against International Cricket Council associate members.

Meanwhile, Durham will give Scotland batsman Calum MacLeod a trial in April.