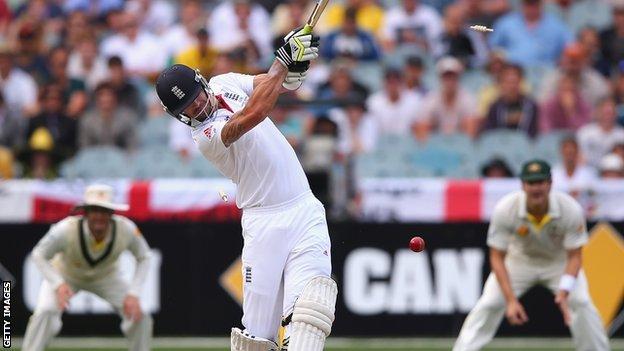 Kevin Pietersen is one of 10 England players who will be included in next month's Indian Premier League auction.

Pietersen, listed at the highest base price of £194,000, is seeking a new team after the Delhi Daredevils opted not to retain the 33-year-old batsman or any of last season's squad.

England players Stuart Broad, James Anderson, Jos Buttler and Ben Stokes have not been nominated, however.

The England and Wales Cricket Board's (ECB) permits their centrally contracted players to play in the tournament so long as they return on 13 May.

That would allow them seven days to prepare in home conditions for the one-day international series against Sri Lanka.

The likes of Bell, who has been rested for England's limited-overs tour of West Indies in February, and Bopara would therefore need to return at that time should they be snapped up.

It would mean they and Pietersen - should he remain an England player - would not be available for the entire tournament, something which would likely reduce any offer made to them.

Meanwhile, under a deal with their county Nottinghamshire, Hales and Patel must attract the most lucrative contracts on offer in order to play in the IPL.