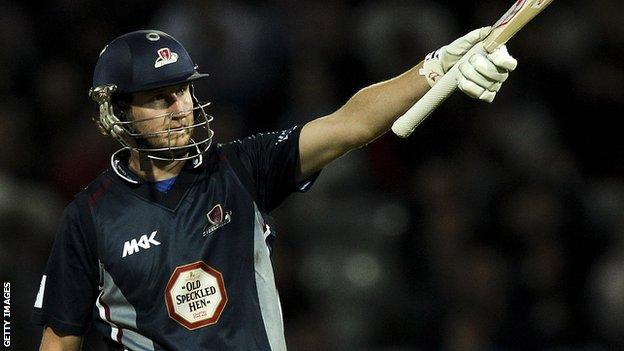 The 25-year-old will now be at Wantage Road until the end of the 2015 season.

He led Northants to their first major trophy win in 21 years last season, and was also vice-captain as the side won promotion from Division Two of the County Championship.

"I love this club and consider myself a Northants boy through and through," the ex-England Under-19s skipper said.

"I've been here since I was 12 and have enjoyed some amazing times, but none more so than in 2013, where we finally won a trophy.

"I can't wait for the challenge of First Division County Championship cricket and hopefully a chance to prove myself."

Head coach David Ripley added: "It is great news that Alex has decided to extend his stay here at the County Ground, he's a fine young player, improving captain and a top person.

"I am looking forward to continuing our work together over the next two years and beyond."