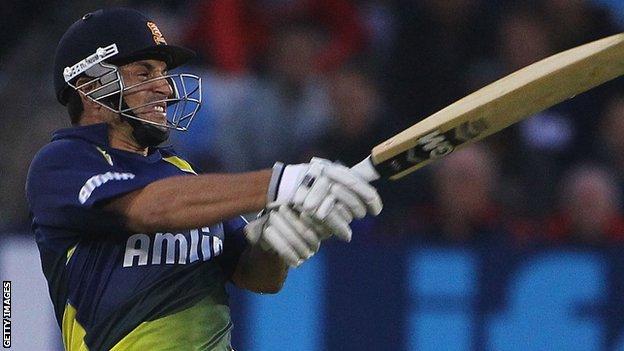 The 33-year-old Netherlands international takes over from wicket-keeper James Foster, who will remain as captain in the County Championship.

Ten Doeschate, who first arrived at Chelmsford in 2003, has now made over 200 one-day appearances for Essex.

"We feel it is a good opportunity to bring him into a leadership role. I certainly think that this is a positive move forward with a lot of counties now opting to split the captaincy.

"This gives James the opportunity to really concentrate on one-day cricket as it is a tough job to keep wicket, bat and captain the side."

Ten Doeschate has 42 caps for the Netherlands in limited-overs cricket and has also taken part in T20 competitions in Australia, India, Bangladesh, South Africa and Zimbabwe.

"I've spoken to Ryan and he is really excited at the prospect of captaining the team," Grayson added.

"He's got some new fresh ideas and I think that's good for the dressing room and I look forward to working with him."