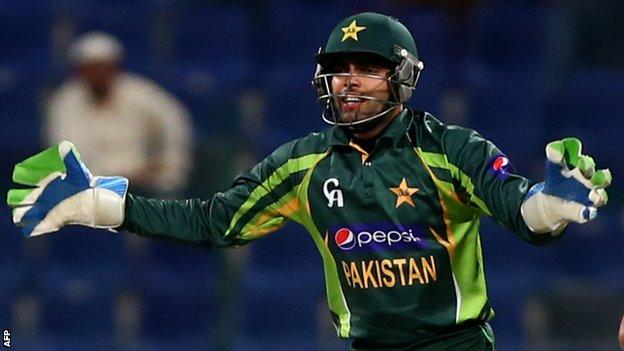 Pakistan batsman Umar Akmal has been arrested in Lahore after being accused of assaulting a police warden.

Akmal, 23, denied the charges and said the traffic warden had slapped him.

"His behaviour was inappropriate to say the least. I came to the police station to register a complaint and instead they have detained me," said Akmal.

However, senior police official Tariq Aziz said Akmal had "violated a traffic signal and when he was stopped by the warden got abusive and tore his shirt."

The right-handed batsman, who is an occasional wicketkeeper in limited-overs cricket but has never kept in a Test, has made 16 Test, 89 one-day international and 52 Twenty20 international appearances for Pakistan.

Umar Akmal claims the incident was captured on CCTV cameras at the traffic signal and the footage would clear his name.