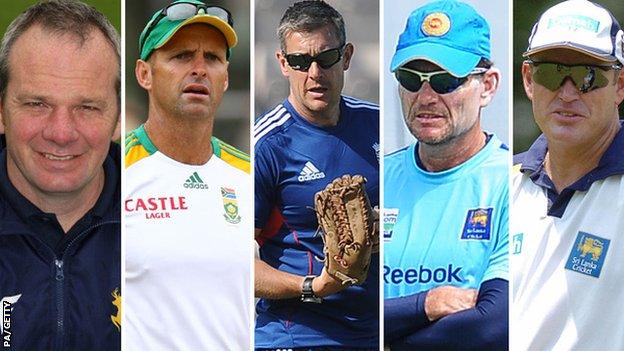 Thrashed in all three series down under, the England cricket team is at one of its lowest ebbs as it begins the search for a new head coach.

Andy Flower's successor will be responsible for all formats of the game, charged with rebuilding the team's shattered confidence and moulding a side capable of competing for the World Cup and Ashes in 2015.

England limited-overs coach Ashley Giles is the clear favourite for the role, but England and Wales Cricket Board chairman Giles Clarke has committed himself to a "proper process" to identify the best candidate.

Will the ECB plump for a foreign coach with a proven international record, or would it prefer an Englishman with first-hand knowledge of the young players emerging through the county game?

BBC Sport assesses some of the main contenders for the biggest job in English cricket. 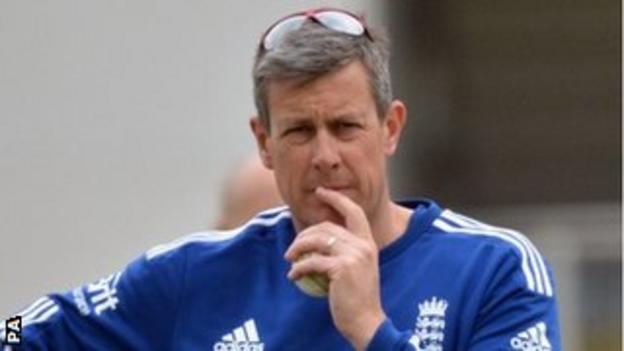 Pros: Giles led Warwickshire to the County Championship title in 2012 and took England to the final of the Champions Trophy on home soil last summer. Popular among the England players, the 2005 Ashes winner has a close relationship with captain Alastair Cook and batsman Kevin Pietersen, whom he recently described as a "million-pound asset". Described by Clarke as a "strong candidate", Giles said he is "very interested" in the post.

Cons: Giles may be tarnished by his association with England's disastrous Ashes tour. He helped select the Test squad and oversaw the woeful showings in the one-day and Twenty20 series. If the ECB is looking for a fresh approach, then Giles is not the man.

Coaching style: "The fact he had to work hard for everything he achieved as a player helps Ashley as a coach," said former England captain Michael Vaughan. "He had to graft for every wicket and run. He had to go to his room at night and think about his game, and analyse opponents. I have not known a player get on better with KP as well. He knows how to communicate to Kevin." 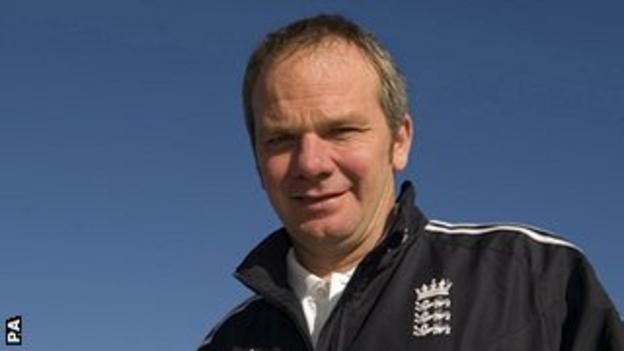 Pros: Newell is county cricket's longest-serving coach and has led Nottinghamshire to two Championship titles since 2002, as well as overseeing the development of players such as all-rounder Stuart Broad, spinner Graeme Swann and batsman James Taylor. He coached England Lions on their West Indies tour in 2011 and has already put his name forward to succeed Flower.

Cons: The Lions tour aside, Newell has no international experience. He was Nottinghamshire coach during Pietersen's ill-fated spell with the county and had a difficult relationship with the South Africa-born batsman. "Pietersen wasn't great for our team environment, so we had to cut him a lot of slack," Newell said in November. "The evidence is not much has changed."

Coaching style: "My style is management as much as coaching, and that seems to be the way England have run things in recent years," said Newell last week.

Former Nottinghamshire and New Zealand captain Stephen Fleming said: "Mick is a very good manager. He is great behind the scenes with the players, making sure everything is in place." 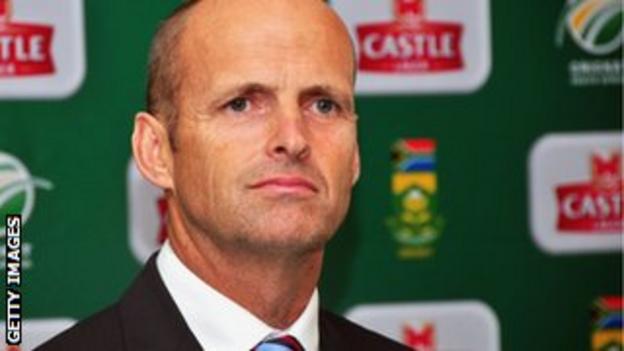 Pros: An obdurate but immensely effective left-handed opener in his playing days, Kirsten has gone on to become an outstanding coach. He guided India to the top of the Test rankings and won the 2011 World Cup before taking on the head coach role with his home country. Kirsten established South Africa as the number one team in Test cricket, plotting series wins in England and Australia in 2012.

Cons: Kirsten ended his tenures in charge of India and South Africa in order to devote more time to his family and was quoted last week as saying he wants to spend 70% of his time at home in South Africa, with his wife and three young children.

Coaching style: "Gary Kirsten allows the natural instincts of players to flourish," said former India batsman Sachin Tendulkar. "A lot has got to do with what's going on in a player's mind and Gary has played a huge role there."

South Africa captain Graeme Smith said: "More than anything, of all the coaches I have been under, Gary brings a much more relaxed, mature approach to the way he runs the team." 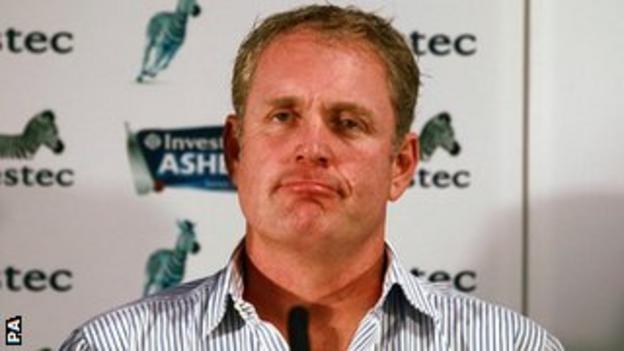 Pros: Moody knows the English game well after long spells as a player and coach at Worcestershire. On the international scene, he coached Sri Lanka to the World Cup final in 2007 and was heavily tipped to succeed Duncan Fletcher as England coach before losing out to Peter Moores.

Cons: It is one thing to appoint an Australian as your bowling coach, but quite another to put one in charge of the England team across all three formats. Moody has been out of full-time coaching since 2010, splitting his time between commentating and short-term Twenty20 assignments.

Coaching style: "Tom can not only create a winning culture in the dressing room and groom players but also act as a father figure to them," said former Pakistan fast bowler Shoaib Akhtar, who worked under Moody at Worcestershire. "That is how players are developed and made into world-class performers under pressure." 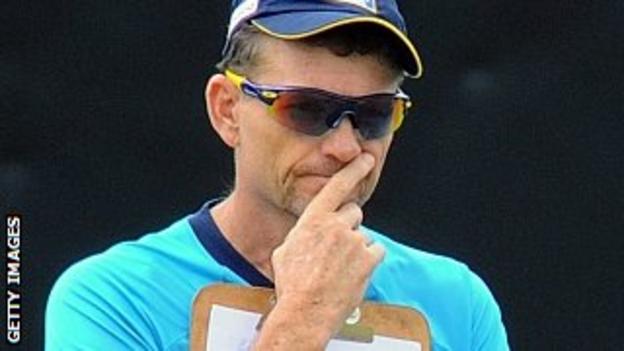 Pros: If anyone can coax Kevin Pietersen back to his best, it is Ford. The South African has been a mentor to England's most talented, but difficult, batsman since his early days at Natal and was credited with helping him get back to form following a lean spell in 2010. The veteran coach has international experience with South Africa and Sri Lanka and knows the county scene after spending several years with Kent.

Cons: Ford is about to embark on a three-year contract with English county side Surrey. He was fired by South Africa in 2002 after losing home and away series to Australia.

Coaching style: "Graham Ford was brilliant for my confidence. He knows how to get the best out of me," said Pietersen. "I did some amazing work with him and absolutely loved it. I rekindled some shots out of my old style of play."

Surrey director of cricket Alec Stewart said: "Graham has a tremendous reputation for improving people's games regardless of their age. Surrey should feel very, very lucky that we have got someone of his calibre."