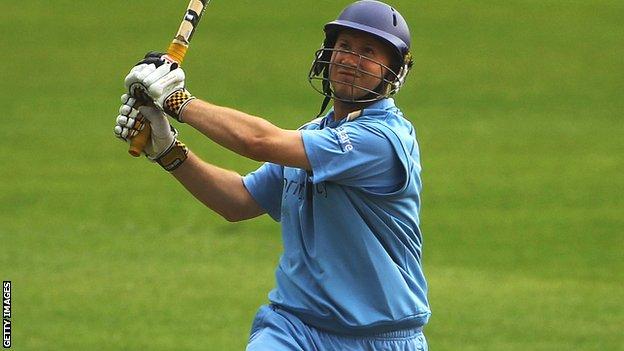 Existing coaches Stephen Stubbings and AJ Harris will stay with the club.

Every member of the elite coaching team has earned their place

"We're delighted with the calibre of coaches. Our management and support team now boasts a combined total of way over 700 first-class appearances."

Welch will lead on seam bowling and will be supported by Harris, who will also have a special focus on academy development.

Sadler, who has his own Yorkshire-based coaching academy, will be supported by Stubbings on the batting front.

Botha returns to the UK from a coaching position in Australia and will work with Derbyshire's spin-bowling group, as well as assisting with coaching the batsmen.

"Every member of the elite coaching team has earned their place," added Welch. "They're all leaders within their disciplines and will bring great knowledge and expertise to the team.

"As well as welcoming four top-class new coaches, it's also been great to see the progress of Steve Stubbings and AJ Harris since I've been here.

"They've earned their positions on merit, against strong applicants, and are a valuable part of what's now a well-resourced coaching team.

"It will give our players, from grassroots right through to the professional game, the best possible preparation and support."