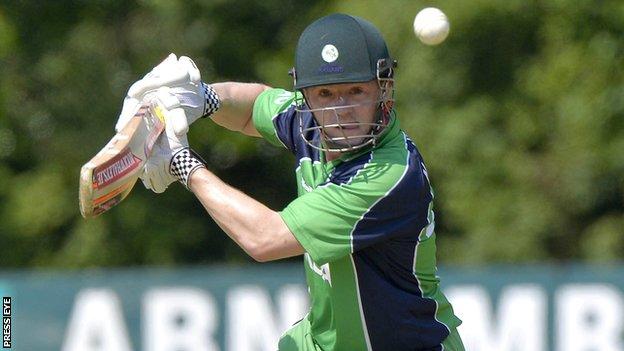 Ireland slumped to a second heavy loss in the Super50 series in Trinidad, with Jamaica beating them by six wickets.

With Paul Stirling absent again, Niall O'Brien (35) and William Porterfield (25) put on 54 for the opening wicket after Ireland chose to bat first.

They lost their first match against Guyana by 114 runs and return to action on Friday against the Windward Islands (18:00 GMT).

And they will have to do without all-rounder John Mooney, who has left the tour because of a stress-related illness.

The Irish are playing in the West Indies tournament as part of their preparations for the World Twenty20 which starts in Bangladesh next month.

Phil Simmons's side will also face the West Indies in Twenty20 games in Jamaica on 19 and 21 February in addition to a one-day international on 23 February.