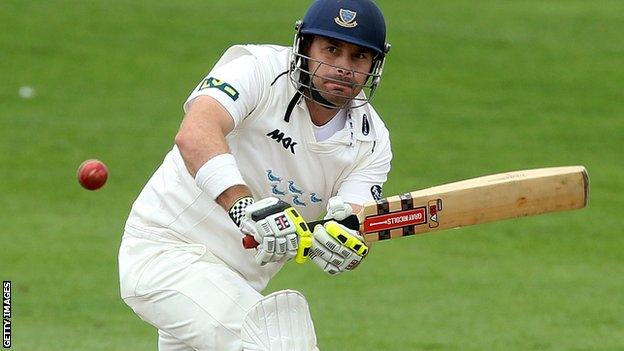 Sussex all-rounder Michael Yardy has signed a one-year extension to his contract, which will keep him at the club until the end of the 2015 season.

He has played 28 ODIs and 14 Twenty20 internationals since making his England debut in 2006.

"It's really important that we keep progressing forward and challenging on all fronts," he said.

"My aim is to put in match-winning performances to contribute towards that."

Yardy came through the youth ranks at Sussex and has become a stalwart of the side across all three formats of the game, making 166 List A appearances and playing 84 Twenty20 matches.

He took over as captain at Hove in 2009 and led the side in the County Championship until July 2012. He stepped down as skipper of the Twenty20 team at the end of the 2012 season.

Under Yardy's leadership Sussex won the Pro40 League and the Twenty20 Cup in 2009, as well as the Division Two title in 2010.

The slow left-arm bowler has been granted a benefit year by Sussex in 2014.

"Yards plays such an important role in our club, not only as a player but also as a custodian of the culture that is Sussex County Cricket Club," Sussex cricket manager Mark Robinson said.

"He is as hungry as ever and we are excited at the prospect of him helping us achieve future success."