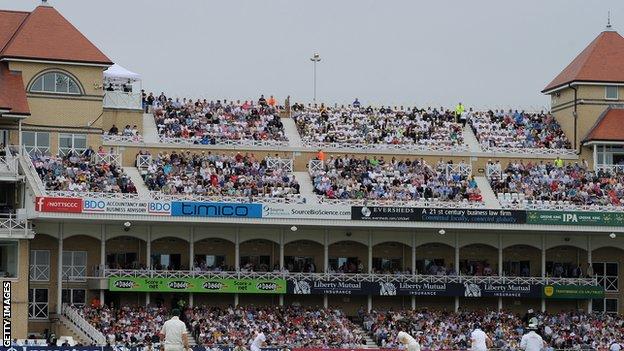 Pick took 485 first-class wickets in a playing career as a medium-pace bowler, which included 15 years with Notts.

The 50-year-old coached the Canadian national side at the 2007 World Cup in between spells with England Under-19s.

Pick told the club's website: "This is a job that I really wanted and Nottinghamshire is the county I wanted to work with ahead of any other."

Notts director of cricket Mick Newell added the club had been through an extensive recruitment process.

"He's a very highly qualified coach with international experience and he knows the setup at Trent Bridge."