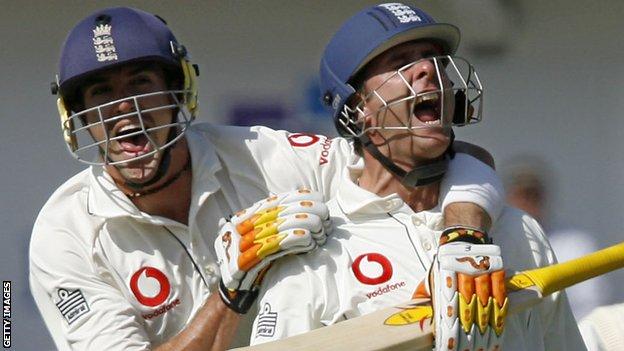 He departs the international scene much as he entered it, in a blaze of headlines and with cricket lovers shaking their heads.

Three former England batting greats - Michael Vaughan, Geoffrey Boycott and Alec Stewart - convened on BBC Radio 5 live to pick over the career of one of England's most brilliant, and bewildering, cricketers.

What was your initial reaction to the news?

At 18:30 GMT the England and Wales Cricket Board (ECB) released a statement saying the England squads of the foreseeable future would not include Kevin Pietersen.

Geoffrey Boycott (GB): "I suspected it may happen. I didn't know whether they would have the bottle to do it. Sometimes you have to move forward and be brave enough to make the decisions."

England lost the winter's Ashes series 5-0 down under, and despite an insistence that there was no split in the party, rumours have circulated that Pietersen was at the centre of a rift in the camp.

GB: "Pietersen has to take some responsibility. Some of those shots in Australia were mind-boggling."

MV: "Only within those four walls [of the dressing room] do you understand what he's been doing. Swann said 10 days ago that Kevin Pietersen has been fine since he was reintegrated in 2012."

AS: "We don't know exactly what has gone in within that England dressing room. Dressing rooms are difficult places whatever level you play at. Part of managing isn't just coaching, it's about managing players and situations and not allowing things to come to a head."

MV: "For me, the hardest thing to manage was his haircut! I do think it's about managing these guys, involving them. When you have a maverick you have to keep talking to them, telling them that all the people here at the ground are here to watch them. You try to big them up.

"I'd love to think that management takes place, but I clearly think they haven't because he's just been distanced. You could see he was going doolally. He could have been managed in a better way."

GB: "We all remember his wonderful innings, but what about the daft things and the stupid shots? That has an effect on the dressing room and young players. How do you tell young players to play responsibly? It stops you from building discipline."

AS: "When England were winning we didn't hear too much about KP doing things right or wrong. As soon as we lose, everyone's now pointing their finger at KP, and I find that unfair and unjust." 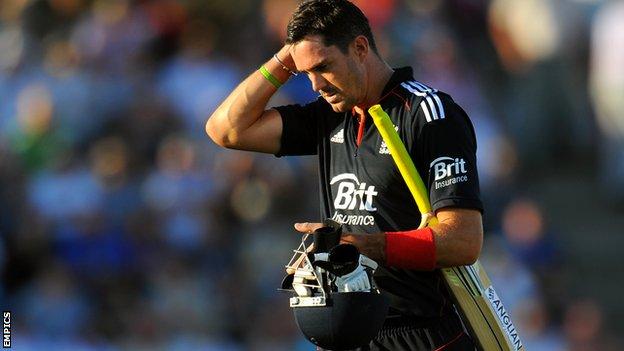 Eighteen months ago Pietersen was omitted from England's Test squad after admitting criticising captain Andrew Strauss in texts to South African cricketers. He was subsequently 'reintegrated' into the England side - but have the wounds ever fully healed?

MV: "If they wanted rid of him, he could have gone in 2012. Textgate was disgraceful - English cricket could have drawn a black line through his name and moved on. But they reintegrated him."

GB: "When you go back to the South Africa episode, they took him back but I wrote then that a leopard doesn't change its spots. They were always worried that he would go back to playing how he wanted and not how the team wanted."

Is he an Ashes scapegoat?

On 31 January England technical director Andy Flower announced he was standing down, but Pietersen is the first player to be chopped after the disastrous winter.

MV: "KP scored the most runs in the Ashes series - yes, he didn't have a great series, but the ECB need to explain exactly what Pietersen does inside the dressing room that they can't manage any longer. You have to manage mavericks - you can't have clones around you all the time."

AS: "Has there been a thorough review of what happened and why England were hammered? In most sports, after that the coach goes and I believe the captain's position should be reviewed. A thorough review has to take place so England cricket can move on."

MV: "It's a very strange decision for England to make. A new director of cricket comes in soon, and he should have his decision to get his team around him. They've made this decision on their star player - they've made the decision now when someone's coming in in a couple of months' time. They can't manage someone like Pietersen, who would have gone in 2015 after the World Cup and the next Ashes?"

AS: "Are we looking to the future? Does that discount Matt Prior and James Anderson, anyone over 30? Or is it just Pietersen?"

How should we remember his England career?

Pietersen, 33, is England's all-time leading run-scorer across all formats, with 23 centuries in 104 Test matches and four Ashes series wins.

MV: "I look back over the last 10 years for English cricket and the success we've had, and at my time playing, and I wouldn't have won the big games without people like Andrew Flintoff and Pietersen.

AS: "He was a wonderful cricketer - his stats are quite outstanding. Many people will have enjoyed watching him bat - a box-office cricketer."

GB: "You can be an individual within the team but you cannot just be an individual. He has said this is how I play take it or leave it, well they've taken it for long enough and now they've said thank you very much, we will leave it."