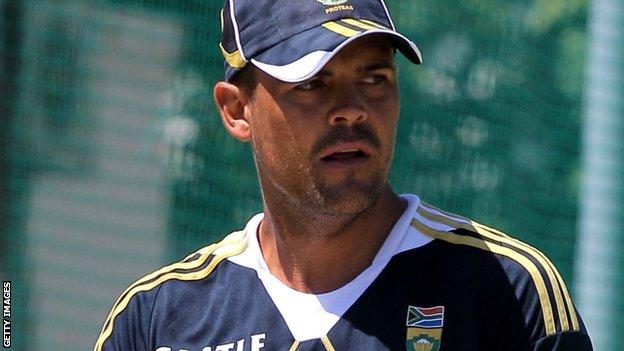 Rudolph will be participating in Iron Man South Africa on 6 April, the same day Glamorgan begin the new campaign.

"The race itself has always been on my bucket-list and fortunately I received an entry last year," Rudolph said.

"It is a massive personal commitment and my preparation started a few months ago.

"It's going really well and with two months of preparation left, I want to race this event to the best of my ability."

The South African batsman will replace Marcus North as Glamorgan's overseas player for the new season.

Rudolph, who has played 48 Tests for South Africa, has been playing for the Titans in the Ram Slam T20 Challenge competition.

The 32-year-old previously played county cricket for Surrey and Yorkshire and is looking forward to joining up with the Welsh county, now cached by Toby Radford.

"I've had the privilege of playing five years of county cricket and understand the demands it offers," Rudolph told Glamorgan's website.

"Besides having international experience, I believe my county experience and cricket knowledge could play a role with Glamorgan.

"I might also be able to offer a different perspective and angle on the game coming from South Africa.

"I enjoy working with younger players, so hopefully it will be fruitful few seasons with the Club and we can gather some strong momentum early on in the season."