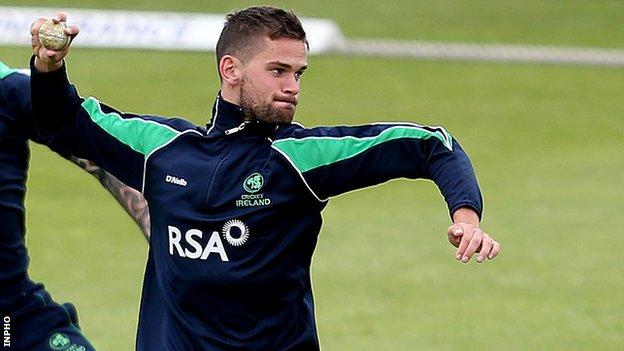 Instonians batsman James Shannon is to join the Ireland squad currently on tour in the West Indies.

The 23-year-old will replace John Mooney who has returned home to receive treatment for a stress related illness.

Shannon has played 12 times in all competitions for Ireland, with a top score of 59 against South Africa A on his debut in August 2012.

"James is a talented batsman rated highly by myself and the selectors," said Ireland coach Phil Simmons.

"He was part of our trophy winning ICC World Twenty20 squad in the UAE, and was unlucky to miss out in the original selection.

"Hopefully he will take this opportunity to showcase his undoubted talent."

Shannon is to arrive in Trinidad on Thursday and will remain with the squad for the remainder of their Super50 series, and the T20 and one-day internationals against West Indies in Jamaica.

After two heavy defeats, Ireland play their last group game in the Super50 against the Windward Islands on Friday.