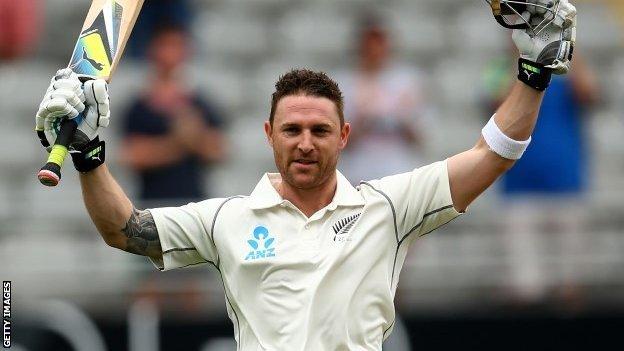 Brendon McCullum hit a superb 224 as New Zealand took control of the first Test against India with a first-innings total of 503.