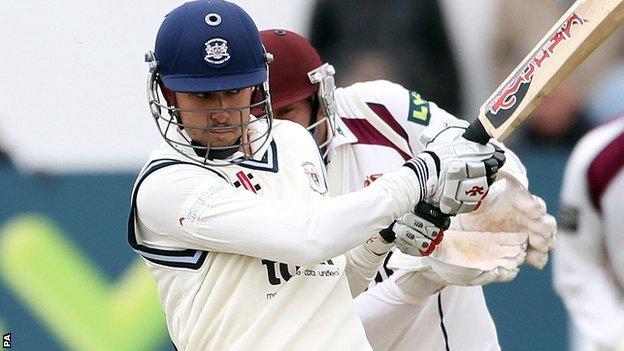 Gloucestershire's Jack Taylor has had his nine-month bowling ban lifted by the England and Wales Cricket Board.

The 22-year-old was suspended in May after twice being reported for an illegal bowling action.

The off-spinner missed the rest of the County Championship season for Gloucestershire, but played in the second XI as a lower-order batsman.

Taylor was then forced to undergo shoulder surgery in October after picking up an injury in practice.

After returning to fitness, his bowling action was reassessed by the ECB on 4 February and he is now available for selection for the forthcoming season.