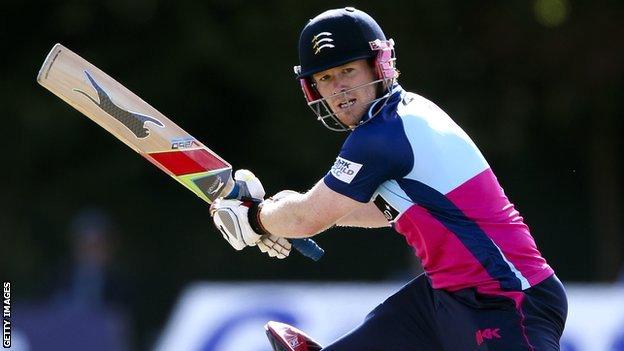 The batsman has decided to focus on playing for Middlesex in the County Championship in order to stake a claim for the vacancy in the England Test side left by Kevin Pietersen.

Morgan, who has not played Test cricket for two years, hopes to feature against Sri Lanka and India this summer.

Dublin-born Morgan, a mainstay of England's limited-overs sides, tweeted: "I would like to thank @IPL for accepting my request to withdraw from this year's auction. Good luck with the tournament."

Last year, he managed a total of 307 runs in 14 IPL matches for the Kolkata Knight Riders.

His overseas commitments and involvement with England's limited-overs side meant he only played two Championship matches for Middlesex in 2013, scoring 96 runs at an average of 32.

The IPL auction is on Wednesday and Thursday, with Kevin Pietersen, Ian Bell and Ravi Bopara all hopeful of getting signed up by teams.