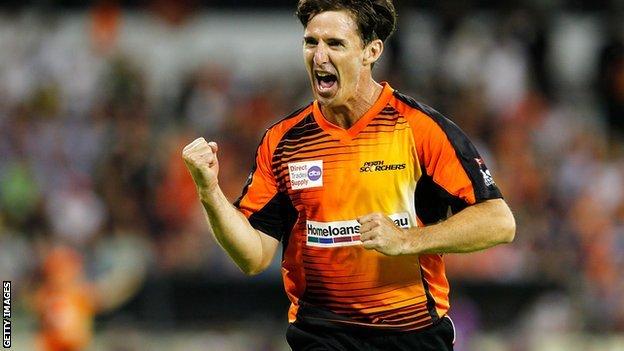 He could play in T20 warm-up games in South Africa before the World T20, to be held from 16 March to 6 April.

"Many batsmen found him difficult to read. Despite his age, his enthusiasm and fitness are undiminished."

Kenyan Steve Tikolo is currently the oldest T20 player international in history having played at the age of 42.

George Bailey led Australia to a 3-0 T20 series victory over England recently and will again captain the side.

All-rounder James Faulkner has been picked as he is expected to recover from knee surgery in time to play.

Batsman Brad Hodge, 39, and Brad Haddin, 36, are also in Australia's squad, along with David Warner, Shane Watson and Mitchell Johnson.

"We have selected a squad that has plenty of experience playing the T20 format in the sub-continent," said Inverarity.

"We have a group with good depth in power hitting and a range of bowling options."