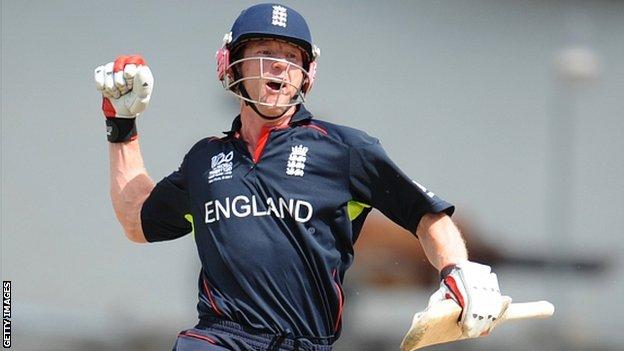 Paul Collingwood has been named England assistant coach for the limited-overs tour of the West Indies and World Twenty20 in Bangladesh.

He will work with England on a short-term basis before rejoining Durham, who he skippered to the County Championship title last year.

"Colly will add great energy and a winning T20 pedigree to the tour party," said Giles. "We are really looking forward to his involvement."

Collingwood, who in January helped coach Scotland to the 2015 World Cup, takes over from specialist fielding coach Richard Halsall for the West Indies tour in February and March and the World Twenty20, which runs from 21 March until 6 April.

Paul Downton, managing director England cricket, said: "Paul was an outstanding performer for England and proved himself to be a successful captain in Twenty20 cricket and the county game.

"We are looking forward to the enthusiastic approach Paul brings to all the teams that he has been involved with over the years.

All hail the King of Spain

After his appointment, Collingwood tweeted: "I'm as excited as a kid at Christmas. Looking forward to working with the King of Spain and the lads."

Collingwood is referring to England short-form head coach Ashley Giles, who was nicknamed "the King of Spain" after his county Warwickshire erroneously printed the moniker on a commemorative mug in 2004.

Andy Flower stepped down as team director on 31 January before the England and Wales Cricket Board ended batsman Kevin Pietersen's international career.

Limited-overs coach Giles is among the favourites to succeed Flower and take charge of all three formats.

Collingwood, whose credentials for an England coaching role have been pushed by former captain Michael Vaughan, had said back in January he would love to be involved with the set-up.

"If England came round and asked me to get involved, I would be absolutely delighted," he said. "If you get the phone call, it'd be very hard to turn down."