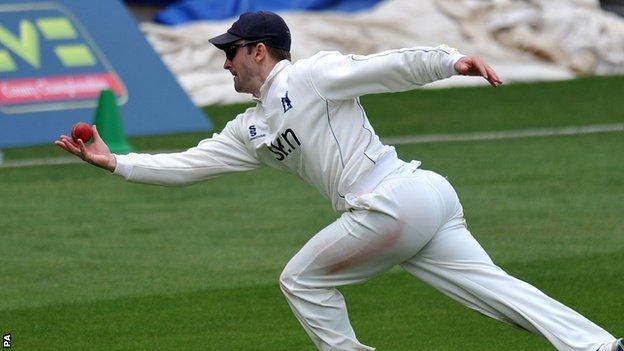 Warwickshire captain Jim Troughton is to miss the county's pre-season tour to Barbados to undergo a back operation.

Troughton, 34, who has been Bears skipper since 2011, missed most of the second half of last season.

But, having reported back fit for pre-season training, he has aggravated the injury, forcing the need to operate.

"It is frustrating to lose Jim but we must give him the best possible chance of regaining full fitness," said Bears director of cricket Dougie Brown.

"His absence will give some of our young batsmen more time in the middle whilst we are in Barbados and help them challenge for a place in the starting XI when the domestic season gets under way.

"After missing the latter part of the 2013 season with an injury to his lower back, Jim has been taking a full part in the team's pre-season programme since we returned to training in November. However, after suffering further discomfort it is clear that he now needs to undergo an operation."

Troughton, who did not play in last season's FLt20, played in only seven of Warwickshire's 16 County Championship matches last season, all of them before the middle of June.

And, although he played in eight of the county's 12 YB40 games, he did not appear at all after 19 August, missing the last month of the season completely.

The six-times capped former England one-day international has scored 8,230 runs in 163 first-class matches at 35.52 since making his county debut in August 2001.