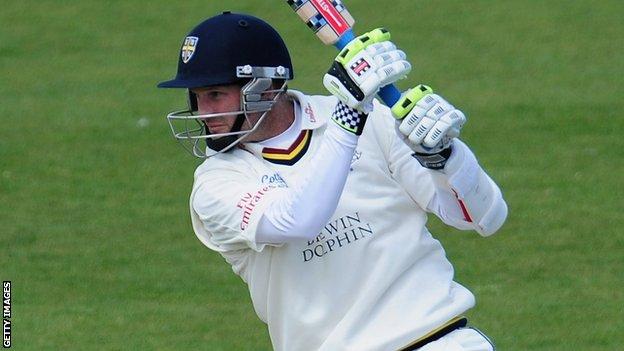 The 39-year-old former South Africa one-day all-rounder missed much of last season through a shoulder injury.

Durham agreed to cancel Benkenstein's contract with them to free him to take up his new role at the Ageas Bowl.

"I'm looking forward to coaching at Hampshire with what is an exciting squad of players and hopefully we can have an excellent season," he said.

"It's a brilliant set up, I've spoken to the players and coaches at the club and I'm excited about what's ahead."

He joined Durham in 2005 shortly after they had finished bottom of the Championship for the fifth time in 13 years as a first-class county.

Two years later, his leadership steered them to success in the FP Trophy and the runners-up position in the Championship, and in 2008 they went one better by winning the title for the first time.

He then stepped down as captain, but continued to make a major contribution on the field and in 2009 he was named one of Wisden's five cricketers of the year.

In 2011, he scored 1,366 runs at 59.39, including four centuries and nine half-centuries and during that season he became Durham's highest first-class run-scorer, overtaking Jon Lewis's total of 7,854.

Hampshire director of cricket Giles White said: "We are delighted to have Dale on board. He comes with a wealth of experience and an excellent reputation as a leader, we are looking forward to his involvement."

White doubled up as cricket manager and first-team coach last season, but moved into his director role as part of a backroom reshuffle.