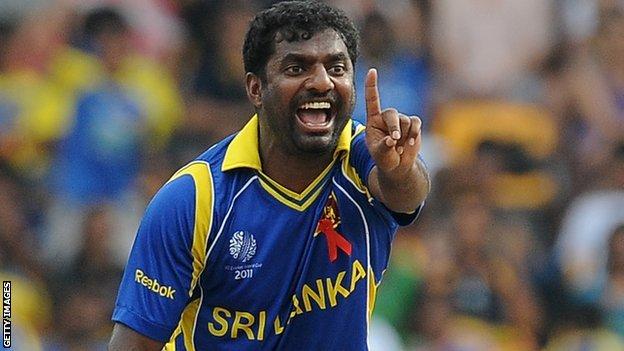 Sehwag will lead the MCC in the four-day champion county match against Durham, starting on Sunday, 23 March.

Murilitharan will captain the side for the Emirates T20 tournament in which Lancashire and Sussex are also playing.

Sehwag said: "I was delighted to be asked to play for MCC and being captain will make it even more of a privilege."

"We're taking a very strong squad out to Abu Dhabi, so I'm sure the standard of cricket on show will be very high," continued Sehwag.

We're taking a very strong squad out to Abu Dhabi, so I'm sure the standard of cricket on show will be very high

"It's also very exciting to be playing under lights with the pink ball.

"It's a big innovation for the game and I'm very keen to be involved in any initiative which aims to increase the appeal of cricket to a wider audience."

The team will take part in the T20 tournament on 21 March, with Lancashire, Sussex and a Fly Emirates Select XI also taking part.

This precedes the annual champion county match, which is being played in Abu Dhabi for a fifth consecutive year.

The 2013 county champions Durham will be playing in the fixture for the second time, having played in the first champion county match held in Abu Dhabi, beating MCC by 311 runs in 2010.

MCC head of cricket John Stephenson said: "We are very pleased to be returning to Abu Dhabi for the champion county and Emirates T20 matches this year.

"The Zayed International Cricket Stadium is an excellent ground for competitive first-class cricket and, played in good weather, will be ideal preparation for the players ahead of the English season."

It has been confirmed that Sehwag will also appear in the MCC v Rest of the World Lord's Bicentenary match on 5 July.